Sensational country singer Luke Bryan embarks on his headlining Huntin', Fishin' and Lovin' Every Day Tour, coming to Hollywood Casino Ampitheatre on Saturday 16th September 2017! The award-winning star will be joined by special guest Brett Eldredge, who also joined the singer on the final stretch of his hugely successful Kill The Lights Tour! Don't miss this awesome show!!! 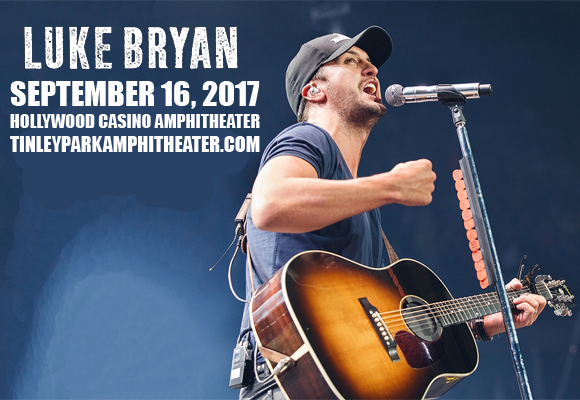 Country singer and songwriter Luke Bryan released his debut album, I'll Stay Me, on Capitol Nashville in 2007, having started his career in music a few years previously writing for other artists like Billy Currington and Travis Tritt. A success both critically and commercially, the album peaked at number 2 Billboard Country Albums Chart, and won numerous awards, launching Bryan as a star in his own right. To date, Bryan has sold over 7 million albums and 27 million singles worldwide, and has been the recipient of both the Academy of Country Music Awards and Country Music Association Awards "Entertainer of the Year" award.