Multi-platinum selling indie-poppers AJR are gonna be bouncing their way onto the stage at Hollywood Casino Amphitheatre on Friday 3rd June 2022 as part of their OK Orchestra Tour! Promising a night of brand new material from their hot new album of the same name, AJR are pumped to be touring again after inevitable time away and are sure to bring fan something extra special! The sibling trio are known for their energetic and involved live shows that are a joy to behold, so get ready for an unmissable show! 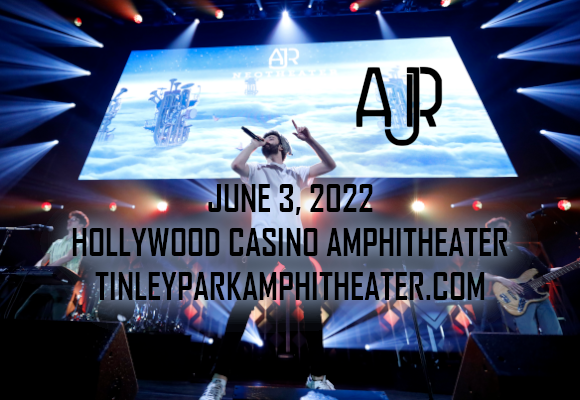 Raised in a musical household, brothers Adam, Jack and Ryan Met – each multi-instrumentalists – decided to take their frequent jam sessions to the next level in 2005 when they began writing, playing, recording and producing their own music in their Manhattan apartment. Over subsequent years, they began building a local following by busking cover songs on the streets of New York City and slowly building up their original material. In 2012, they sent a video for their song "I'm Ready" to over 80 celebrities on Twitter. The gambit paid off when Australian singer-songwriter Sia passed it on to her manager who, in turn, landed the brothers a record deal with S-Curve Records. Since then, their career has gone from strength to strength. In 2015, they released their debut album, Living Room. Three more studio albums followed, with the boys scoring two multi-platinum singles, four platinum singles, and one platinum album to date. The trio has enjoyed several collaborations with notable musicians over the years, including Ingrid Michaelson, Weezer’s Rivers Cuomo, and Hayley Kiyoko. In 2021, they released their most recent album, OK Orchestra, which hit number 10 on the Billboard 200 and launched their biggest single yet, "Bang!", charting at number eight on the Hot 100.