Pour a bottle of red, red wine and let the good vibes flow! Yes, reggae and boombastic beats will explode as UB40's Ali and Astro & Shaggy pump up the jam at the Hollywood Casino Ampitheatre on Wednesday 18th September 2019. They've got every reason to throw a party because this is their 40th banner year, calling it 'A Real Labour of Love' tour. With their throwback classic hits blasting out, this show is guaranteed to keep you on your feet from start to finish. Don't miss this fantastic party. Book your tickets now! 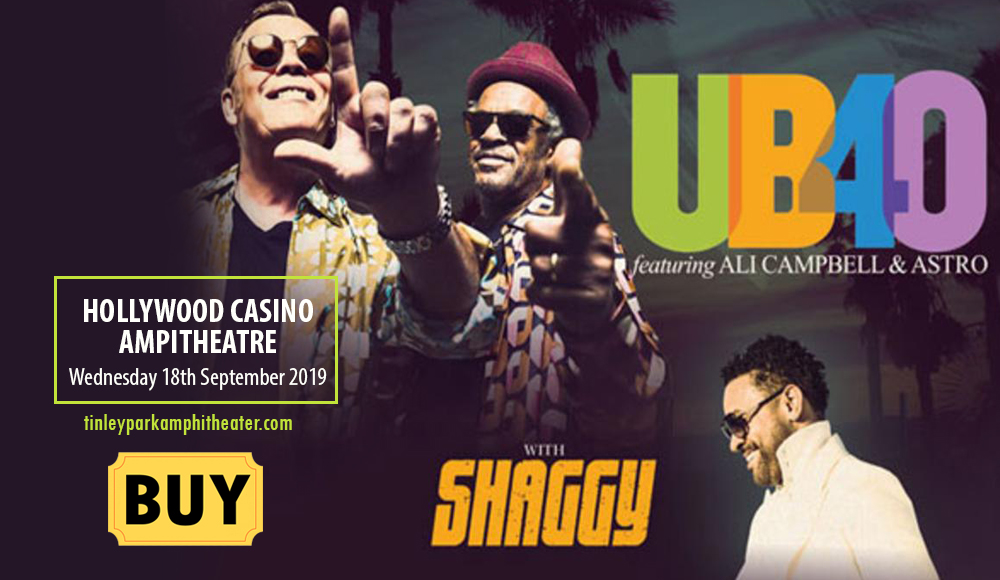 In terms of reggae music chart action, positions, and record sales, UB40 occupies one of the top spots. They've sold over 70 million records worldwide, resulting from a solid line-up of charts toppers which include: Billboard Hot 100 number ones singles"Red Red Wine" and "Can't Help Falling in Love", plus their cover version of "I Got You Babe". They also got the heads of award-giving institutions bobbing as they garnered nominations for Best Reggae Album four times in the Grammy Awards, and in 1984 they were nominated at the Brit Award for Best British Group.

From dancehall days to boombastic beats — it's definitely Shaggy! In 1993, his debut single "Oh Carolina" was a smash. But Shaggy exploded up the charts with his 1995 monster hit "Boombastic". In the year 2000, Shaggy stormed the charts once again with back-to-back hits "Angel" and "It Wasn't Me" from the album 'Hotshots' which reached the 6 x platinum mark.

It's useless to resist these throwback hit bugs, they're undeniably infections! Go and book your tickets now!