The Black Keys are touring last year's incredible album – the aptly titled Let's Rock – and now they're headed to Hollywood Casino Amphitheatre on Saturday 25th July 2020 as part of the Let's Rock Tour! The album was their first release since reuniting after a four-year hiatus and is a brilliant return to form from the six-time Grammy Award-winners, harking back to their early days as a duo! There is something primal and visceral about the Black Keys' music, and never more so than when you see them live – an unmissable act! 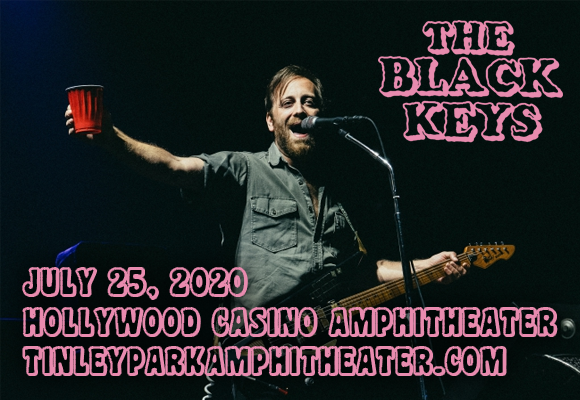 From best friends playing and recording in their basements to six-time Grammy Award-winners selling out stadiums, The Black Keys' career trajectory is an incredible one, and one that's come with years of hard graft. The garage-rock duo began playing together in 2001 and built a cult fanbase through touring and word of mouth, slowly becoming critically acclaimed sweethearts of the underground indie scene. The band released its debut album, The Big Come Up, in 2002 and in 2007 they first met producer and long-time collaborator Dangermouse, but it wasn't until 2010 that the duo had its commercial breakthrough. Brothers (2010), the album that made the band a household name, was nominated for five Grammy Awards, winning three, and peaked at number three on the Billboard 200. It was the first of four top-five records on the Billboard 200 for the duo, including 2013's El Camino, which won three more Grammys. The duo went on hiatus in 2015 but returned in 2019 with the album Let's Rock.