Midwest rockers Styx and REO Speedwagon have joined forces to bring you the United We Rock Tour! Joined by very special guest ex-Eagles guitarist Don Feldman, these iconic bands will be coming to Hollywood Casino Ampitheatre on Saturday 1st July 2017 for a show like no other!

Styx's Tommy Cronin had this to say about the tour: "Hitting the road with REO and Don Felder is gonna be an unforgettable evening of music for the fans and another chance to hang with these good time friends of ours who love the life as much as we do." 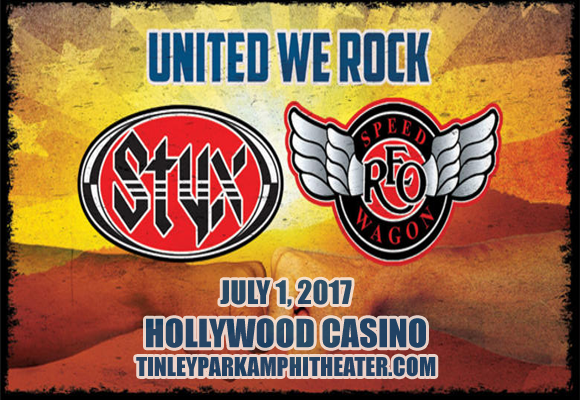