Steely Dan are back baby! Steely Dan with Steve Winwood at Hollywood Casino Amphitheatre on Friday June 26th 2020. The legendary band Steely Dan announced their Earth After Hours summer 2020 tour with Steve Winwood, playing right here in Chicago, Illinois at the Hollywood Casino Amphitheatre. Fans can expect to hear all the hits from both iconic acts, buy your tickets right now and avoid disappointment, these are selling fast! 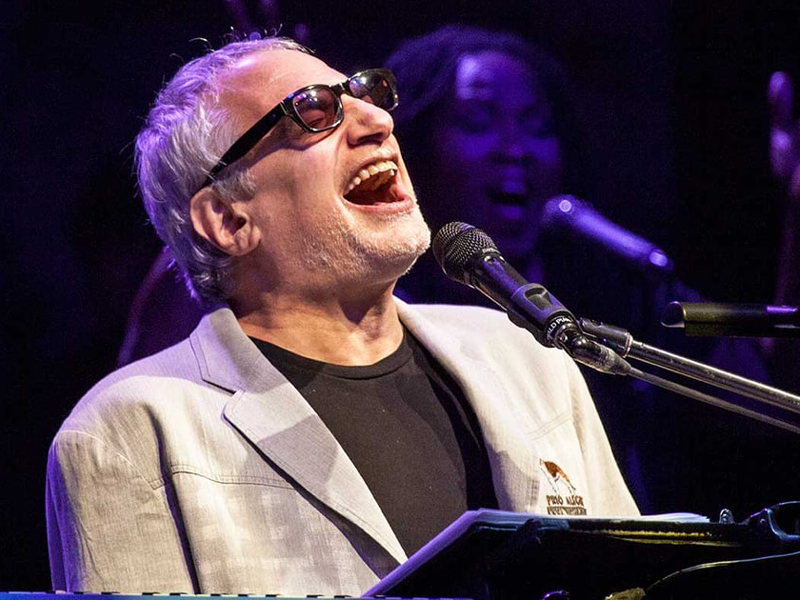 Steely Dan was formed nearly five decades ago in 1972 by original duo Walter Becker on guitars and bass and Donald Fagen on keyboards and lead vocals, they captivated millions of fans for years with a unique fusion of jazz-rock. The Grammy award-winning group became renowned for their multifaceted, one-of-a-kind horn and guitar arrangements on singles like “Reelin’ In The Years,” “Rikki Don’t Lose That Number,” “Dirty Work,” “Do It Again,” and a slew of others. After the sad death of Walter Becker in 2017, Donald Fagen promised Donald Fagen promised to "keep the music we created together alive as long as I can with the Steely Dan band." Donald has kept his promise by continuing to tour both in the USA and the UK.

Two time Grammy award-winning singer-songwriter Steve Winwood began his prominent career over 50 years ago and has sold over 50 million records. A primary figure in Rock ‘n’ Roll, Winwood has helped create some of the genre’s most celebrated achievements. He is beloved for a countless number of hits like “Gimme Some Lovin’,” “Back In The High Life Again,” “Arc Of A Diver,” “Higher Love,” and so many more. Winwood was a key member of The Spencer Davis Group, Traffic, Blind Faith and Go and was inducted into the Rock and Roll Hall of Fame as a member of Traffic in 2004. In 2008, Rolling Stone ranked Winwood No. 33 in its 100 Greatest Singers of All Time.