Sammy Hagar is bringing the “Party of the Year” with his band The Circle & special guest George Thorogood embark on a 14 date trek, including a performance at the Hollywood Casino Amphitheatre on Saturday 27th August 2022. The tour begins on 10th June from Cincinnati and wraps up on 10th September in Irvine, California. Hagar announced the tour on his Twitter, and fans immediately began looking for tickets. Apart from the amazing Sammy Hagar and the Circle, fans will also experience the legendary George Thorogood and destroyers that will be performing on all dates. This will be the best party of Summer 2022, so you should get your tickets right now before they are all sold out! 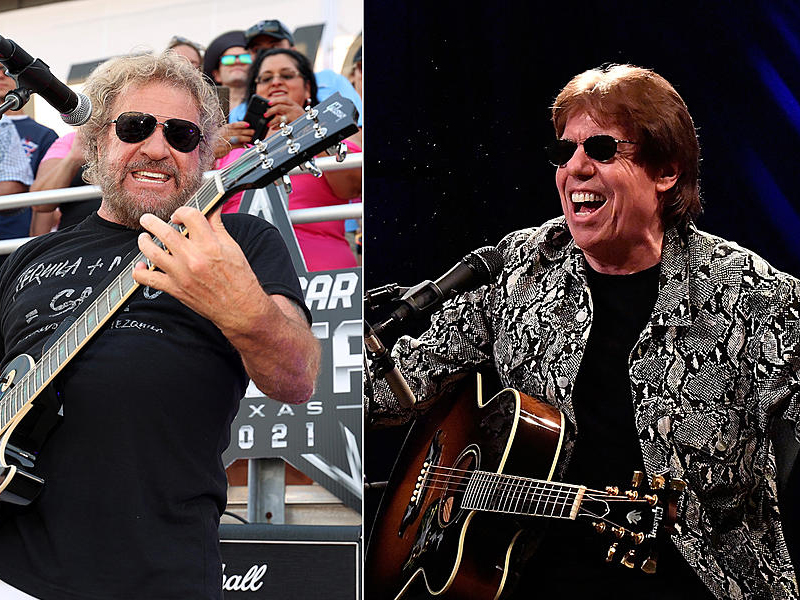 Sammy Hagar and the Circle fans have long awaited a tour of this size, and their excitement shows how badly they wanted it. The artist himself is pretty excited about bringing someone like George Thorogood alongside, who also loves to sing about drinking and having fun. The tour is called “Crazy Times”, but Hagar stated that with the kind of things they have in mind, Crazy Times would only be an understatement.
Sammy Hagar has been entertaining fans for over fifty years now, but he is still excited about performing for live audiences and putting on a great show. He released two collections with his band, The Circle, since getting with them in 2014. Hagar gained widespread recognition in the 1970s with his band Montrose. He has had quite a successful solo career, and his musical style of hard rock, heavy metal and glam metal is second to none. The Circle band consists of Vic Johnson, Micheal Anthony and drummer Jason Bonham.
Sammy Hagar, the Circle, George Thorogood, and the destroyers put up a stellar performance at the Hollywood Casino Amphitheatre on 27th August. If you want to see them all live, make sure you get your tickets right now before they are all gone!