Sam Hunt is heading to Hollywood Casino Ampitheatre on Saturday 8th July 2017 as part of his 15 in a 30 Tour! The Grammy Award-winning country sensation is back, and he's bringing with him some of country's hottest new stars in the form of Maren Morris & Chris Janson, on a trek that will see them on the road for four months! Come see these phenomenal performers live, for the show of the summer! 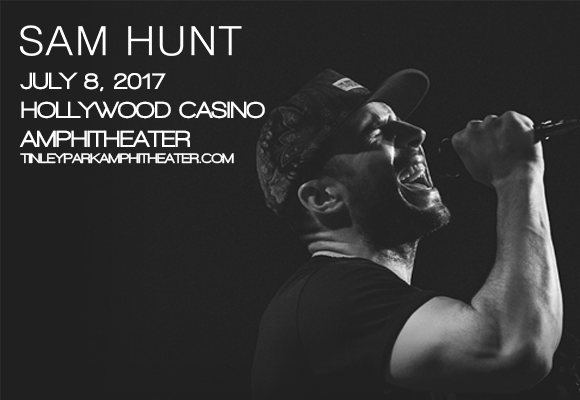 Breaking into the music industry in 2012, writing for artists such as Kenny Chesney, Keith Urban, Billy Currington, and Reba McEntire, country singer Sam Hunt found success in his own right with Montevallo, his 2014 debut album. The album was an instant hit, launching four number 1 singles, and five Platinum and Multi-Platinum-selling hits including "Leave the Night On," "House Party," "Take Your Time," "Break Up In A Small Town" and "Make You Miss Me." Since the release of Montevallo, Hunt has totted up over 2.53 billion streams, also earning 10.5 million in RIAA single certifications.