REO Speedwagon and Styx team up once more for the co-headline Live and Unzoomed 2022 tour coming to Hollywood Casino Amphitheatre on Saturday, June 4th, 2022 with very special guest Loverboy. Styx and REO Speedwagon are telling you to close those laptops and get out of your sweatpants, because they’re set to once again bring their rock & roll classics to the masses, this time with special guest Loverboy for the Live & UnZoomed tour, but before you close that lid, grab some tickets! 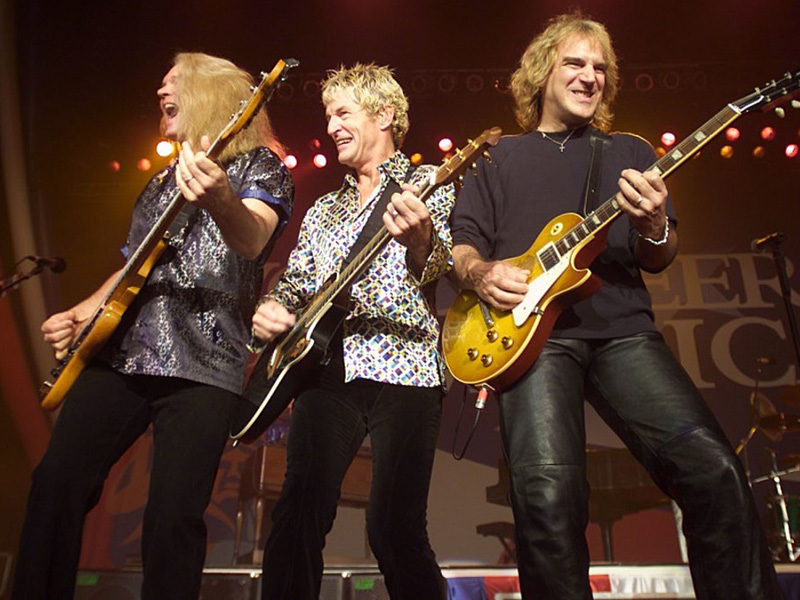 REO Speedwagon’s Kevin Cronin said, “Tommy Shaw and I have done a number of Zoom performances together during the pandemic, and REO and STYX are ready to go get UnZoomed, and out on the road for our fifth US tour together. Add our great friends Mike Reno and the Loverboy guys, and I am totally psyched. If I wasn’t performing in it, I would totally come out to see this show. See you all, LIVE & UNZOOMED!”

REO Speedwagon are hot off their 40th anniversary tour of “Hi Infidelity,” the band’s 1980 album that contained the hit singles “Keep on Loving You,” “Take It On the Run” and “In Your Letter”, it spent 15 weeks in the number 1 slot on the Billboard 200 chart for album sales and has sold more than 10 million copies. RIO Speedwagon consists of singer Kevin Cronin, bassist Bruce Hall, keyboardist Neal Doughty, guitarist Dave Amato and drummer Bryan Hitt.

The multi-Platinum rockers, Styx, are co-lead singers and guitarists James “JY” Young, and Tommy Shaw, singer and bassist Chuck Panozzo, drummer Todd Sucherman, singer and keyboardist Lawrence Gowan and singer, guitarist and bassist Ricky Phillips. They released their 17th album, Crash Of The Crown, in June featuring two brand-new songs, “The Same Stardust” and “Age of Entropia”, as well as five live performances of some of Styx’s classic hits, previously heard during their “Styx Fix” livestreams that have been keeping fans company during the pandemic on their official YouTube page, including “Mr. Roboto,” “Man In The Wilderness,” “Miss America,” “Radio Silence,” and “Renegade.”