Are you ready to say your final farewell to Rascal Flatts?! Even if you're not, don't miss out on this once in a lifetime opportunity to see them live for the last time! Rascal Flatts have had incredible influence on the Country music scene and they will be truly missed. But before they go, you can catch them LIVE this Summer. Book tickets for Hollywood Casino Amphitheatre on Thursday 27th August 2020! 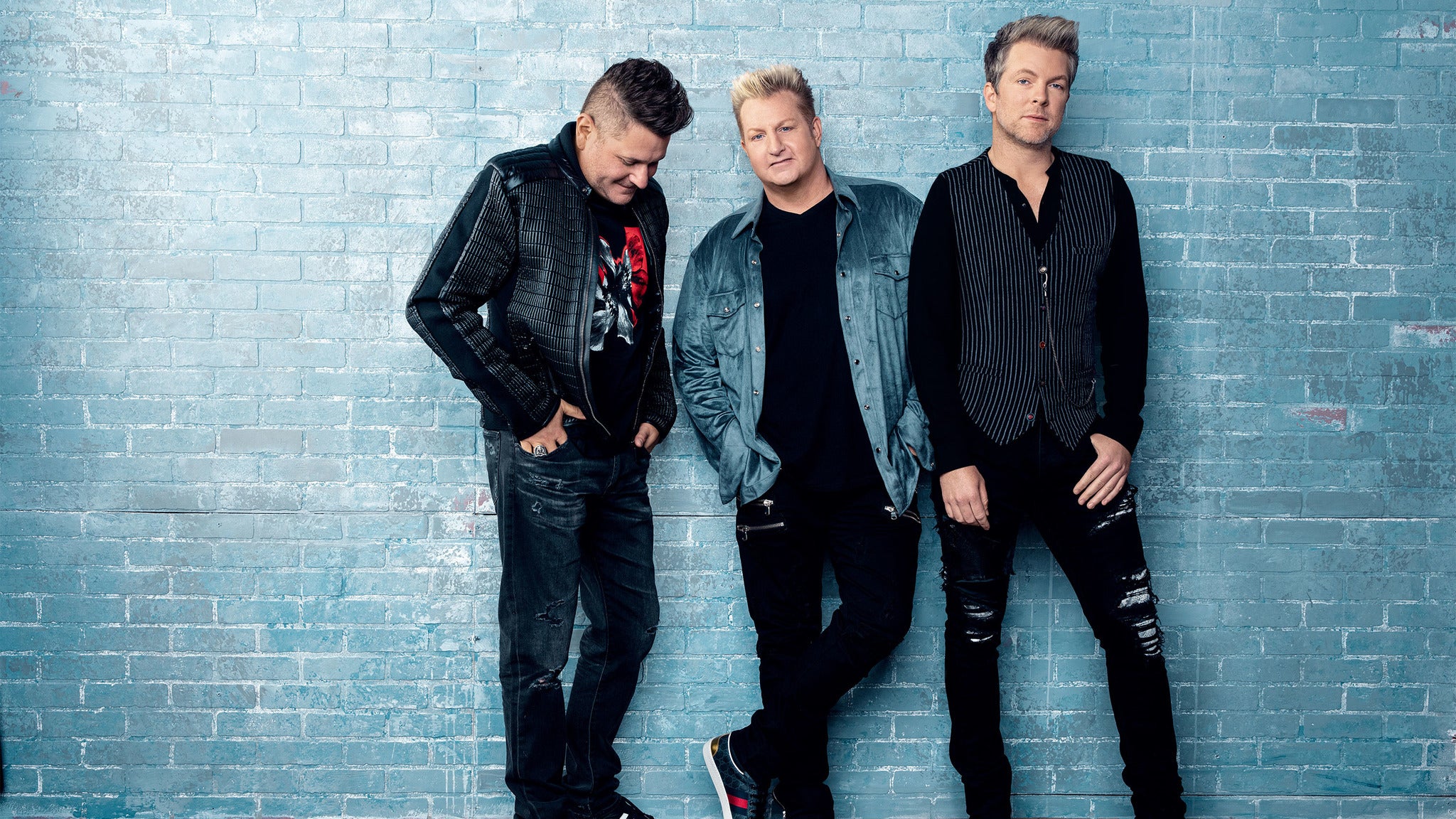 With their unique stance as one of the most talented trios in Country and also across the US music scene, Rascal Flatts have displayed a non-stop career as they churned out single releases and grabbed the spotlight on the charts time and time again.

With powerful performances to boot, Rascal Flatts are known around the world as one of the most hard working groups around. Now in 2020, after a whole twenty one years together, they have announced that their career will be coming to a close – but don't worry! Rascal Flatts haven't finished yet, they plan to bring another groundbreaking tour this Summer to wave goodbye to their fans in true style.

After forming in 1999, Rascal Flatts have been at the top of their game, reaching the number one spot on the charts with incredible song releases. The American country trio of lead vocalist Gary LeVox, his second cousin Jay DeMarcus on bass guitar, and Joe Don Rooney on guitar and banjo have been an absolute delight to watch, through their music videos and their unforgettable live concert performances.

During the 2000's Rascal Flatts rose to fame and signed their first record deal with Disney Music Group. Through their studio releases via the label, Rascal Flatts gained a massive exposure with platinum or higher success with albums including; Rascal Flatts (2000), Melt (2002), Feels Like Today (2004), Me and My Gang (2006), Still Feels Good (2007), Greatest Hits Volume 1 (2008) and Unstoppable (2009).

Rascal Flatts have impressed us all, fans, critics, reviewers and fellow bands and musicians alike. They have had such an impact on the Country genre as a whole and their music will no doubt last forever.

Join Rascal Flatts as they take to the stage one last time this Summer season… this chance will never come around again!