The Rascal Flatts Farewell: Life Is A Highway Tour! On Thursday June 25th 2020 at Hollywood Casino Amphitheatre, The Rascal Flatts with Special Guests Chase Rice and Avenue Beat! It’s your last ever chance to see the Rascal Flatts live, on January 7, 2020, with countless milestones behind them, the most awarded group of the genres’ last decade, announced that they would be disbanding following a farewell tour after 21 years together so, buy your tickets now for an unforgettable show! You do not want to miss out! 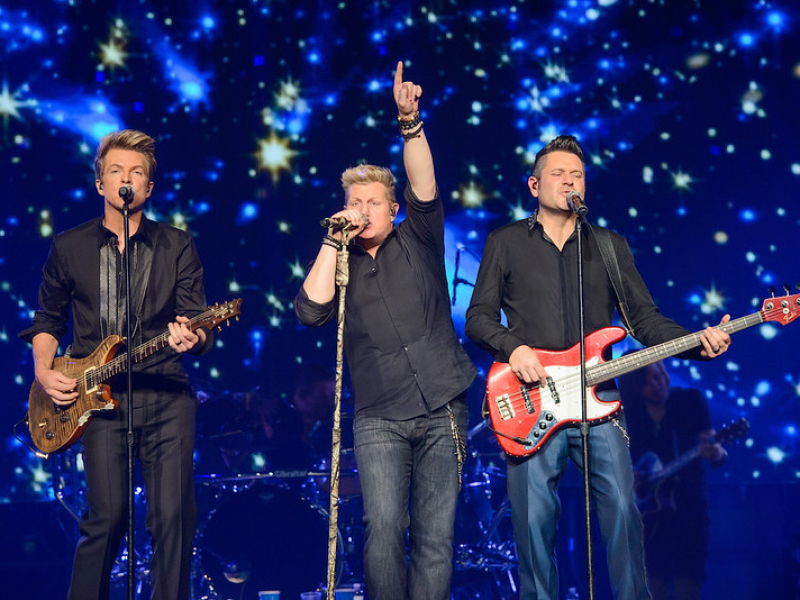 Formed in Columbus, Ohio, in 1999. The Rascal Flatts are lead vocalist Gary LeVox, Jay DeMarcus on bass guitar, and Joe Don Rooney on guitar and banjo. They have released eleven albums, seven of which have been certified platinum or higher, they have four compilation albums, three Eps’ and two live albums. In their 21-year run together they had 14 singles hit number one on the US Billboard Hot Country Songs and 17 Number ones’ internationally, their longest-lasting No. 1 single "Bless the Broken Road", spent five weeks in that position in 2005.

On January 7, 2020, the band announced that they would be disbanding following a farewell tour after 21 years together.
“We’re really looking forward to getting to spend this entire year loving on our fans, and thanking them for allowing us to have the most amazing career over the last 20 years,” shared Jay DeMarcus. “While it is of course bittersweet, it is so important to us to celebrate what our music has meant to their lives, as well as what the fans have meant to us. There is no sadness here, just new chapters, new journeys, and new beginnings. Rascal Flatts’ music will live on forever, because of our fans, and this year is all about them!”