Don't just Stop and Stare at this screen. See what we did there? Forgive the cheesy song reference, but we don't Apologize for encouraging you to secure your tickets for the highly-anticipated concert of OneRepublic at the Hollywood Casino Amphitheatre this Wednesday, August 3, 2022. The Never-Ending Summer Tour stop of the famous alternative pop-rock band in Tinley Park, Illinois, is expected to be one of this summer's hottest events. Joined by the Christian rock band, Needtobreathe, OneRepublic will not only perform their signature hits but will make the crowd jump along with their new songs. So better memorize the song lyrics of their newly-dropped album because you don't want to be the only one not singing along to Ryan Tedder and the rest of his band. So get your tickets now and make sure to tell your friends about this concert event that will blow your socks off! 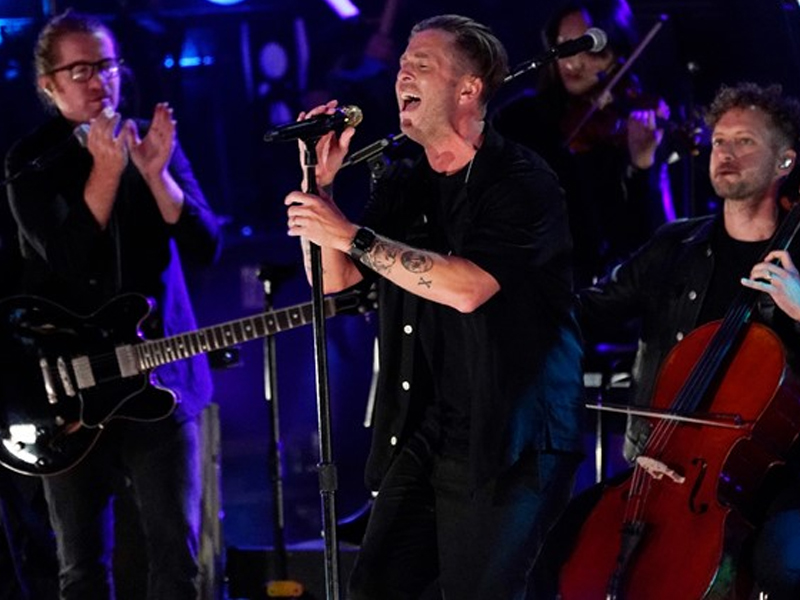 The multi-awarded band OneRepublic was nominated for a Grammy Award in 2009 for Best Pop Performance by a Duo or Group with Vocal for its massive hit "Apologize." Without a doubt, the said song catapulted the band into worldwide recognition. Along with guitarists Zach Filkins and Drew Brown, keyboardist Brian Willett, bassist and cellist Brent Kutzle, and drummer Eddie Fisher, the frontman Ryan Tedder would go on to produce several equally-massive hits in the band's two-decade career. OneRepublic has had three songs reach the top 10 of the Billboard Hot 100: "Apologize" and "Counting Stars," both in number 2 and "Good Life" in number 8. Additionally, the band has notable hits such as "Secrets," "All the Right Moves," "Wherever I Go," "If I Lose Myself," "Stop and Stare," and many more.

Needtobreathe, the band to open for OneRepublic is usually categorized as a Christian band. However, the band resists that categorization because of the challenges it presents to non-evangelical listeners. Either way, the band still had built a massive live following and released increasingly higher-charting albums. Despite an absence of mainstream radio support, the band was able to get a Grammy nomination. Their LP "Hard Love" came out in 2016 and landed at number 2 on the Billboard 200. They would go on to produce one platinum single, four gold singles, and a gold album. Indeed, the band is a force to be reckoned with among the sea of alternative bands in the music scene.