Get ready for two Titans of American Rock and Roll, the rock icons, Lynyrd Skynyrd and ZZ Top have teamed up to bring The Sharp Dressed Simple Man Tour to the Hollywood Casino Amphitheatre on Saturday, August 19, 2023. Most artists only dream of reaching cult status like these two, but with a combined over 100 years of rock and roll history behind them, it will be difficult for anyone else to even get close! For an absolutely epic night of classic rock, grab some tickets right now, these will not last long! 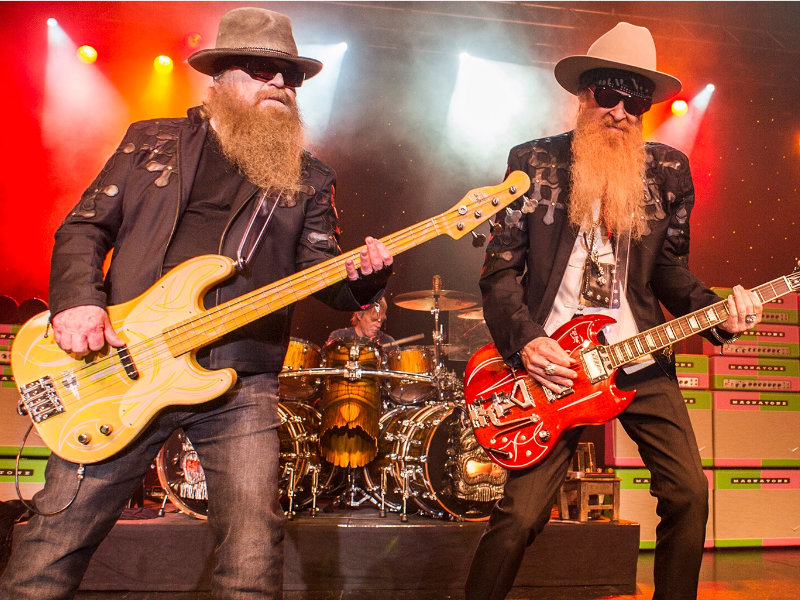 With the year 2023 marking the 50th anniversary of the release of Lynyrd Skynyrd's critically acclaimed debut album "Pronounced 'Lh-'nérd 'Skin-'nérd," the band continues to connect with fans of all ages.

The band continues on with the primary goal of honoring a legacy that has impacted the lives of hundreds of millions of people around the world. A number of the band's former members, including Ronnie Van Zant, Allen Collins, Steve Gaines, Ed King, Billy Powell, Bob Burns, Leon Wilkeson, and Hughie Thomasson, will always be remembered for their contributions to the band's enduring catalog and vibrant history. Now featuring Johnny Van Zant, Rickey Medlocke, Mark "Sparky" Matejka, Michael Cartellone, Keith Christopher, Peter Keys, Carol Chase, and Stacy Michelle, Lynyrd Skynyrd continues to make music. While only occasionally performing live, Gary Rossington has maintained a major role and creative influence within the group.

The rock legends are always on the road, and as Van Zant reveals, "It's a look at the meaning of Lynyrd Skynyrd to its legion of devoted followers." "Going on the road and putting on a fantastic show with Skynyrd is one of the greatest feelings in the world." It's worth noting, as Rossington explains, "We're still here, and we're still rocking out." "We wanted to maintain the integrity of the name and make our fallen comrades proud." Lynyrd Skynyrd, members of the Rock and Roll Hall of Fame, have released more than 60 studio albums, amassed billions of streams, and sold tens of millions of records. There aren't many bands that have had as much of an impact on shaping a culture as Skynyrd.

For over half a century, "That Little Ol' Band From Texas" has been performing and recording rock, blues, and boogie for their legions of devoted fans. The beards, hot rod cars, spinning guitars, and that magic keychain have become as much a part of the ZZ TOP brand as the band's music itself, making it possible for them to break down barriers of language and culture around the world.

In Houston in 1969, members of two competing bands, Billy Gibbons' Moving Sidewalks and Frank Beard and Dusty Hill's American Blues, came together to form what would become ZZ TOP. ZZ Top's breakthrough came with the release of Tres Hombres in 1973, which featured the smash hit "La Grange," which is still one of the band's most recognizable songs. ZZ TOP's 1983 album, Eliminator, marked a significant turning point in the band's career. Their bluesy roots remained unaltered, and they incorporated high-tech trappings that found an early home on the music video network MTV in the form of songs like "Sharp Dressed Man" and "Legs." When it was released, it quickly became one of the first albums to be certified "Diamond," the highest possible certification given by the record industry, signifying sales of more than 10 million copies. They have toured more than any other group in the past 50 years, playing to millions of people on four different continents; their documentary, That Little Ol' Band From Texas, was nominated for a Grammy.

For over 50 years, the band's lineup has consisted of Gibbons, Hill, and Beard. Elwood Francis stepped in to fill in on bass guitar when Dusty had to take a break from the tour in the summer of 2021, and he's been doing so ever since. ZZ TOP's internal mantra encapsulates what makes the band so successful: "Tone, Taste, and Tenacity." When it comes to authentic roots music, they are virtually alone. They've made it into the Rock and Roll Hall of Fame, sold hundreds of millions of records, and been referenced in countless cartoons and sitcoms.