Get ready for the hottest country event of the year!! That’s right, Hollywood is getting ready to welcome Lady Antebellum, with incredible support from the brilliant Kelsea Ballerini and talented Brett Young, the stars of this year’s CBS Radio's 35th annual 99.5 WYCD Hoedown, to the stage of the Hollywood Casino Ampitheatre on Saturday 19th August, 2017!! Don’t wait around to get tickets because this show will SELL OUT FAST!! Click the “Buy Tickets,” button above, and be speedy about it!! 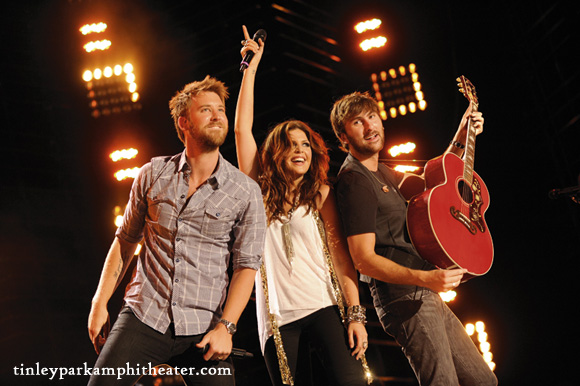 Formed in Nashville in 2006, by Hillary Scott (daughter of singer Linda Davis) and Charles Kelley (brother of singer Josh Kelley) with Dave Haywood, the trio provided backing vocals on Jim Brickman's single "Never Alone", before signing to a major Nashville label. From there, they’ve only seen glowing success – their first three albums, “Lady Antebellum”, “Need You Now”, and “Own the Night,” have all been certified Platinum by the RIAA!! They’ve also had dozens of singles chart on the Hot Country Songs and Country Airplay charts, with 9 reaching number one – their single "Need You Now", spent an incredible five weeks at the top of the charts in 2009!!

In support of this phenomenal act we have fresh up-and-coming singer-songwriter Kelsea Ballerini. She’s not messing about – with her debut album “The First Time,” released in 2015, she charted at number one on Country Airplay with all three of her singles, becoming the first new female artist to do so!! And finally, we have opener Brett Charles Young, just starting his career with a major label and wowing everyone while he’s at it – his first, self-titled album has only just been released in February, and we’re extremely excited to hear the new work live!!