Join the unmissable Lady Antebellum as they return to the stages across North America this Summer in support of their latest album Ocean! With so much excitement surrounding their latest record, it's bound to be a memorable night! Lady Antebellum will be bringing with them special guests Jake Owen & Maddie and Tae – catch them LIVE at Hollywood Casino Amphitheatre on Sunday 16th August 2020! 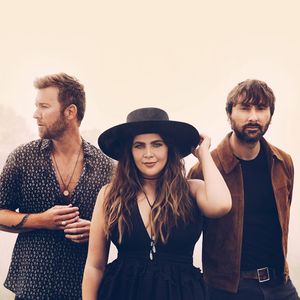 As one of country music's most popular trios, Lady Antebellum have not only become a firm favorite within the American music scene but have also grabbed the spotlight worldwide and are now one of the most successful groups within the genre. With Country at their roots, matched with their talented abilities to craft songs that could also be considered to be pop music, they have gained massive international appeal with their music.

As Lady Antebellum made their debut in 2007, the world took notice from the get go and their singles such as "Never Alone" became popular hits on the scene. Lady Antebellum has since released a solid collection of albums from their chart topping, Need You Now, Own the Night, 747, Heart Break and more!

With a successful career under their belts, Lady Antebellum have proven they have what it takes to be in it for the long haul! Back with yet another incredible album, Ocean, the talented Lady Antebellum have announced that they will be back out on the road to celebrate their newest release!

If you're a fan of Lady Antebellum, and really who isn't?! Then make sure to grab your place in the crowd for one of the most memorable concert experiences of your life! This Summer season they will be coming LIVE to Hollywood Casino Amphitheatre – it's never too early to book tickets!