Are you ready for The Red Blooded Rock N Roll Redneck Extravaganza Tour?? That’s right, Kid Rock is on tour again across the United States, with Brantley Gilbert and Wheeler Walker Jr. as support! Get ready for an awesome show – get your tickets NOW! 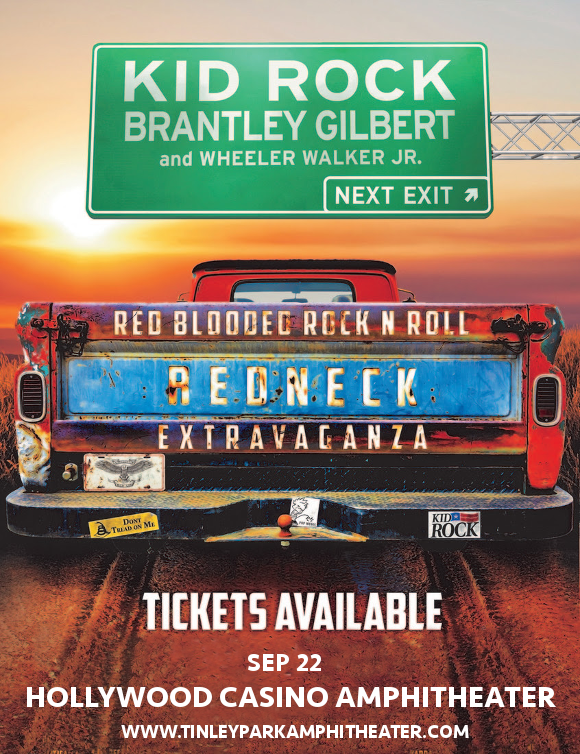 Freshly inducted into WWE Hall of Fame’s Celebrity Wing, Kid Rock is celebrating with the massive The Red Blooded Rock N Roll Redneck Extravaganza Tour. He’ll be promoting his latest album, “Sweet Southern Sugar,” which hit the 8th spot on the Billboard 200 and number 4 on the Billboard Top Country Albums, featuring a cover of the Four Tops song "I Can't Help Myself (Sugar Pie Honey Bunch)". Getting you ready for the main event is singer, writer and producer Brantley Gilbert, the writer for Jason Aldean’s hit songs “My Kinda Party,” and “Dirt Road Anthem,” on tour with his latest massive album “The Devil Don't Sleep," which shot to No. 1 on Billboard's Top Country Albums chart, selling 66,000 copies and becoming the top selling album of the week in the entire United States! Last but certainly not least, it’s Wheeler Walker Jr, otherwise best known as comedian Ben Hoffman, with his debut comedy music release Redneck Shit, which hit number 10 on the Billboard Top Country Albums chart.
Don’t miss your chance to catch this trio of Southern artists – get your tickets now while you can!