Your life WILL change forever on May 27, 2023, when Janet Jackson brings her Together Again Tour to the Hollywood Casino Amphitheatre. Five time Grammy Award-winning Janet Jackson, bring the insanely talented, Ludacris on tour as special guest. Do not miss this incredible opportunity, after thrilling spectators for fifty years running, and a four-year-long break, Janet Jackson is taking the stage again and this looks set to be an epic concert. Celebrating her 50th anniversary in the entertainment industry and highlight milestones for two of her albums, 25 years of “The Velvet Rope”, and 30 years of “Janet”. 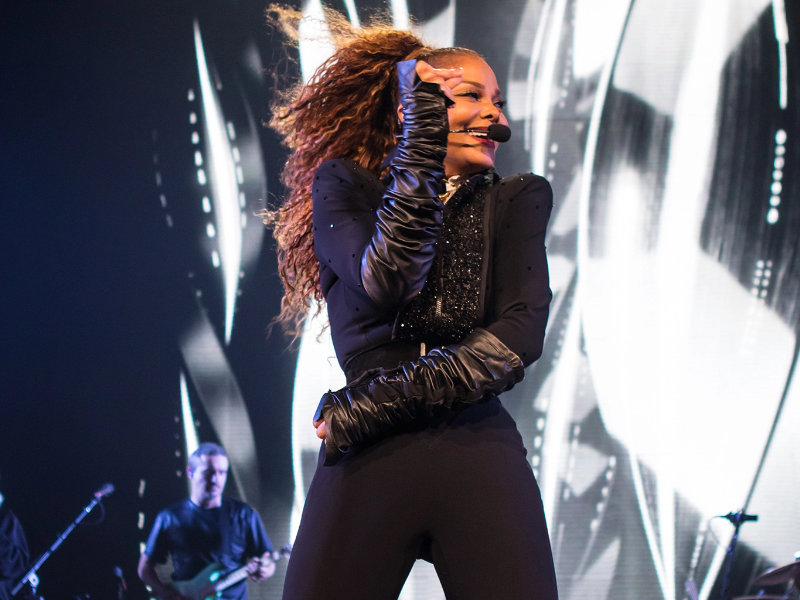 Janet Jackson is making her concert comeback after a four-year hiatus with the release of her "Together Again" tour. This tour honoring Jackson's 50 years in show business will feature not only new material, but will feature songs from her two seminal albums, The Velvet Rope and Janet.

Known the world over for her bold live performances, political activism, and musical innovation. Because of her groundbreaking music and choreography, she helped launch MTV and paved the way for other women and minorities to achieve success in the music industry. Her socially conscious and personally revealing lyrics have made her a national hero, and she has become an inspiration to a generation of young people.

Jackson has sold over 100 million records, making her one of the best-selling artists ever. "Nasty," "Rhythm Nation," "That's the Way Love Goes," "Together Again," and "All for You" are just a few of the standout tracks on her discography. With 18 top ten singles on the US Billboard Hot 100, she set a new record by having seven of the commercial singles from Rhythm Nation 1814 reach the top five on the Billboard Hot 100. In 2008, she ranked seventh on Billboard's Hot 100 list of the top artists of all time, and in 2010, she was ranked fifth on the magazine's list of the top 50 R&B/hip-hop artists of the past 25 years. She reportedly came in at number two on the list of most popular dance club artists, behind only Madonna, in 2016. With eight Guinness World Records, a star on the Hollywood Walk of Fame, eleven Billboard Music Awards, eleven American Music Awards, and five Grammy Awards, she is one of the most awarded musicians of all time. It wasn't until 2019 that she was formally inducted into the Rock and Roll Hall of Fame. Seeing her perform live is the only thing that can top listening to her music, so get your tickets now.