EVENT POSTPONED (date TBA). Hold on to your tickets! They will be valid for the new date once announced.

Turn your boring Sunday night into an exciting concert evening with two of the biggest bands in the US today. Head on to Hollywood Casino Amphitheatre this August 14 Sunday, and be ready for the highly-anticipated collaboration of Incubus and Sublime with Rome. Yes! You've heard it right! The Brandon Boyd-led band is finally hitting the road this summer after its heart-breaking postponement in the past year. What's more exciting is that they are bringing the alternative rock-reggae band Sublime with Rome! Isn't that amazing? Well, it would be more amazing to be jamming along with all of their massive hit songs! So grab your tickets now, and don't miss out on this incredible collab this summer! 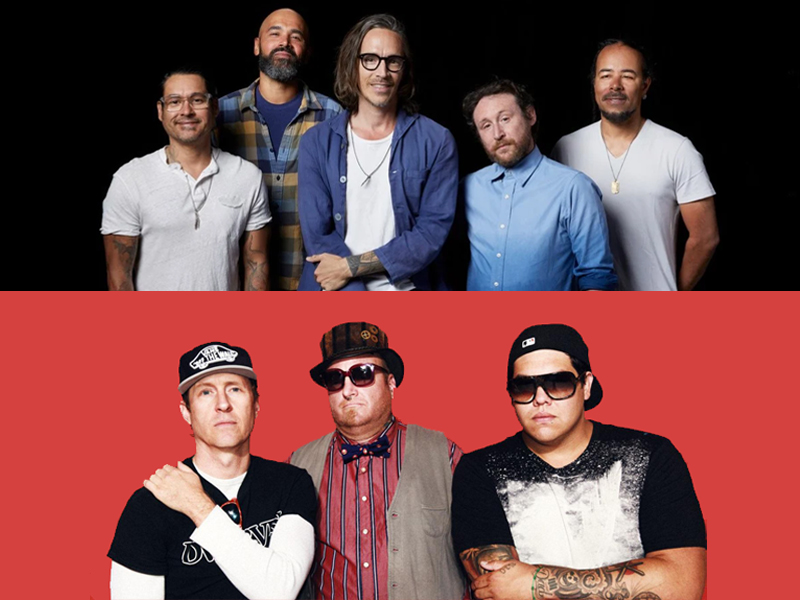 Perhaps one of the simple joys of every rockhead is seeing two of their favorite bands come together in one show. We have seen this trend these days with the likes of Simple Plan and Sum 41, Breaking Benjamin and Alice in Chains, and One Republic and Needtobreathe, among many others. We thought we could not ask for more, but we were all wrong to know that another two big bands are hopping on the bandwagon this concert season.

Incubus and Sublime with Rome are joining forces — and we are not complaining! We are simply thankful to the Rock N Roll gods, for they are about to give us one of the best (if not the best) concert experiences this summer. After all, we waited for so long to finally see Incubus's concert tour initially scheduled for 2020.

The concert tour co-headlined by the Rome Ramirez-led band is one of the 27-date string of shows that will start in late July. This will be the first time for Brandon Boyd and the rest of Incubus to be back on the road after their successful 2019 anniversary tour, so we can expect that the band is energized and excited to show their fans what they have under their sleeves.

Moreover, Sublime with Rome had toured with Dirty Heads in 2021 in their "High and Mighty" collaboration tour. Thus, the band is more than warmed up to hit the road again. Fans can expect nothing but a great show from these guys who, since 2009, have been making a name of their own away from the original Sublime's shadow. Expect to be jamming along to their hits such as "Wherever You Go," "Wicked Heart," "Take It or Leave It," "Panic," and many more!

So if you're planning to go and see these two bands, make sure to check your tickets out now! Tell your friends about it and make this concert one of your best event experiences this summer! Click on the "Get Tickets" button to order your tickets now.