EVENT CANCELLED. We regret to inform you Halsey has cancelled her scheduled 2021 tour. Please request a ticket refund from your point of purchase.

Grammy-nominated at-pop singer songwriter and performer Halsey comes to Hollywood Casino Amphitheatre on Saturday 27th June 2020! The multi-platinum-selling artist has firmly established herslef as one of the biggest names in pop, and her turbo-charged live shows, which see her pulling out all the creative stops, are testament to her passion and talent! Halsey has sold out prestgious venues around the globe, including New York City’s Madison Square Garden, and it's no wonder – she is an absolute must-see! Catch her on her Manic Tour – tickets available now! 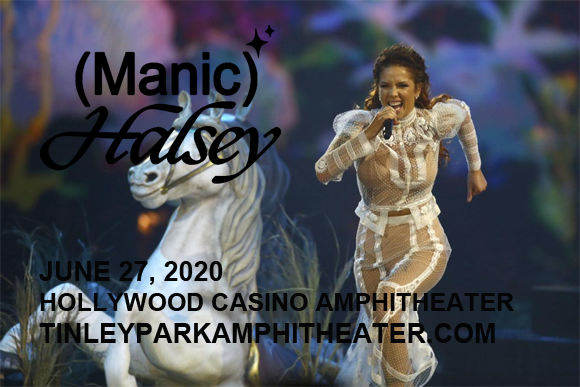 Signed to Astralwerks in 2014, after her self-released song "Ghost" gained popularity on Soundcloud, American singer and songwriter Halsey made her debut later that year with the EP Room 93, which reached number three on the Billboard Heatseekers chart. The following year, she released her debut album, Badlands, which was an instant success, debuting at number two on the Billboard 200. The album was certified platinum in the US and launched four platinum-selling singles. In 2016, she featured as a vocalist on the Chainsmoker's single "Closer", which topped the charts in 15 countries and gained diamond certification in the US, raising her profile even further. Her second studio album, Hopeless Fountain Kingdom, debuted at number one on the Billboard 200 and launched the top 20 singles "Now or Never" and "Bad at Love". In 2020, she will release her third studio album, Manic, which is preceded by the Billboard Hot 100 number one single "Without Me" – her first number one single on the chart as a lead artist.