It's a double-whammy of incredible music as jam band extraordinaire Gov't Mule & folk maestros The Avett Brothers head to Hollywood Casino Ampitheatre on Friday 24th August 2018 as part of their summer co-headlining tour! Not only can fans expect a full headlining set from both acts, but Gov't Mule will be treating you to the "Dark Side of the Mule", putting their magical spin on tracks from Pink Floyd's timeless classic album Dark Side of the Moon. 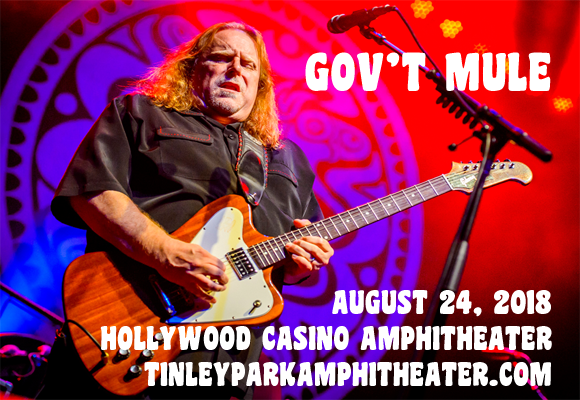 Gov't Mule is an American southern rock jam band that was formed in 1994 by guitarist Warren Haynes and bassist Allen Woody as a side project of The Allman Brothers Band. Since the release of their 1995 debut album (Gov't Mule), the band has gained a loyal following, due in part to their celebrated live shows, which often feature world-class guest performers and lengthy improvised jams. The band's live prowess has made them a beloved addition to the North American Festival circuit, drawing in fans from far and wide. Gov't Mule also records regularly – they have released ten studio albums and several EPs and live releases to date. Their tenth studio album, Revolution Come… Revolution Go, was released on Fantasy Records on June 9, 2017.