**We regret to announce that Avenged Sevenfold's End of the World Tour is cancelled, due to illness. There will be no show on August 11th. Refunds will be made available at point of purchase. We apologize for any inconvenience** 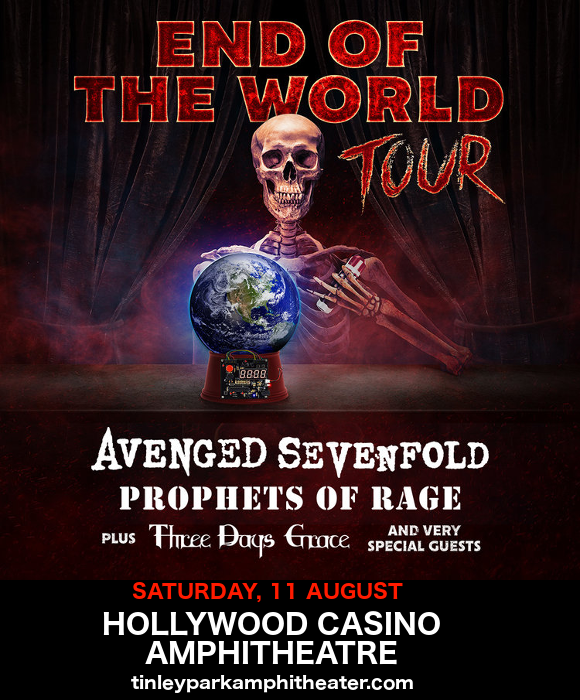 Avenged Sevenfold are on tour with their latest album, “The Stage.” Centered around the theme of artificial intelligence, it is the first to take the band in a more prog-rock direction. “You gotta make what you want, and make songs based on how you feel,” said M. Shadows, when asked about the more progressive slant of the most recent album. “You know, I hope that even if this record doesn't succeed with that type of fan, I hope it opens up their minds to some different progressive metal, and some different progressive songwriting. And also I hope some other bands can be inspired whether they like the record or not, that it's okay to kind of forge your own path, and maybe we can change the outlook of rock and metal, and make it a little more progressive, instead of trying to just be on the radio all day.”

Get ready to hear all the new songs – together with Avenged Sevenfold classics we all know and love – live on August 11th!!