Are you ready Chicago? It’s time. It’s time TO GET DOWN WITH THE SICKNESS!!! Hollywood Casino Amphitheatre Chicago, Illinois presents DISTURBED! With very special guest Staind and Bad Wolves on Thursday August 20th 2020. Come and celebrate the two-decade anniversary of Disturbed’ seminal album, The Sickness, the album that launched the band into stardom and formally announced their arrival as hard rock leaders. Disturbed will perform songs off the album, as well as tracks from their most recent studio release, Evolution, and their extensive catalog. The very special guests, Staind and Bad Wolves will also debut new music. 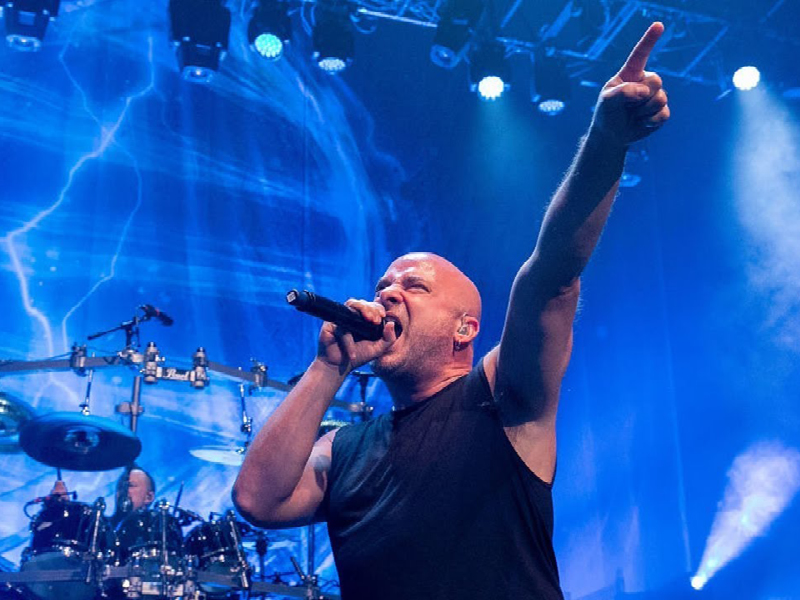 DISTURBED are coming home. Formed right here in Chicago, vocalist David Draiman, guitarist and keyboardist Dan Donegan, bassist John Moyer and drummer Mike Wengren are all local to the area. The released their debut album The Sickness on March 7th 2000, the album peaked at number 29 on the US Billboard 200, it was certified five times platinum by the RIAA for shipments of over five million copies in the US and received positive reviews upon release. Steve Huey from AllMusic commented "But even if it has a few less-than-compelling moments, The Sickness overall comes off as the work of a band who really doesn't have far to go to achieve total control of its sound and compositional skills, and that makes it a terrific debut album."