Are ya'll ready to get your summer rolling in style?! As Dierks Bentley, Randy Houser, Cam & Tucker Beathard comes to Hollywood Casino Ampitheatre on Saturday 21st May 2016! Dierks Bentley is already brewing up a storm with his highly anticipated record, set to be released in early 2016, any minute now! In true Bentley style, he plans to showcase this with an EPIC tour around North America! Tickets are guaranteed to fly for one of the biggest Country events of the year. Have you got yours? 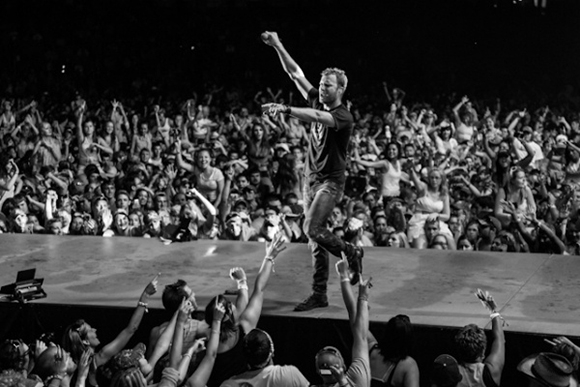 "This album is about ALL phases of a relationship, including the breakups. 'Beach' is a pretty blunt take on that wild rebound we've all had or maybe imagined having. The carefree attitude is exactly the spirit we wanted to bring out on the road this year."

"I've toured with Randy before, and he's just a great dude—on stage and backstage. And I've gotten to know Cam a little over the last year, and she's fun as hell too and so talented. It's going to be a big summer for sure."

Dierks Bentley never disappoints with his effortless, energetic and full of life performances that keep fans returning back year after year to his groundbreaking annual dates. It's no wonder he is one of Country's biggest and well respected stars!

"Dierks Kicked It Up"

"Dierks is Great and Delivers an Explosive Concert"