Chris Young is heading back on the road for 2020, this time for his Loosing Sleep tour which brings with special support acts Scotty McCreery & Payton Smith! As they all travel down to Hollywood Casino Amphitheatre on Saturday 30th May 2020 – you can secure your chance to be there! Tickets are now available to book so whatever you do, don't miss out on one of the biggest Country concerts of the year! 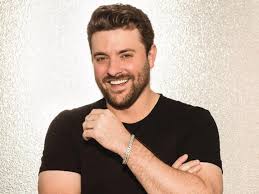 The talented Chis Young has been blowing up a storm across the US music scene with his chart topping Country hits, he is becoming one of the most popular artists within the genre. The American country music singer and songwriter kickstarted his career back in the mid 2000s as he took home the win of (Season 4) on the television competition Nashville Star, with his vocal skills he won over the hearts of many and his solo career was set to be a success from the get go.

After making his mark on music history and gaining a wide fan following from the TV show, he transformed into a solo artist in his own right with a sign to RCA Records Nashville, where he created and produced his very own self-titled debut album that same year. The album took straight to the top with two of the singles from the record hitting the Hot Country Songs with "Drinkin' Me Lonely" and "You're Gonna Love Me". Chris Young followed it all up with his second release of The Man I Want to Be, in 2009 and once again hit the big time with songs such as "Voices", "Gettin' You Home (The Black Dress Song)", and the album track, all of these amazing singles pushed Chris Young into the number one position and he hasn't looked back ever since.

With his continuous releases, Chris Young has stayed at the top of his game throughout the years with the likes of his third album, Neon, which spawned two more number ones "Tomorrow" and "You" in 2011 as well as the top 5 hit "I Can Take It from There" in 2012.

As Chris Young takes to the stage, the crowds jaw drops with his flawless musicianship and impeccable performance skills! If you love Chris Young's music then be sure to grab your tickets for his 2020 dates – you're in for a ride!