Chris Stapleton, Marty Stuart & Brent Cobb comes to Hollywood Casino Ampitheatre on Saturday 6th October 2018! Here on his All American Tour is the talented Chris Stapleton as a big name in Country he is top of the list for any fan as he brings all of the energy excitement to every stage and as this show is continuing from his most recent successful dates, it's bound to be an incredible night! Grab your ticket today! 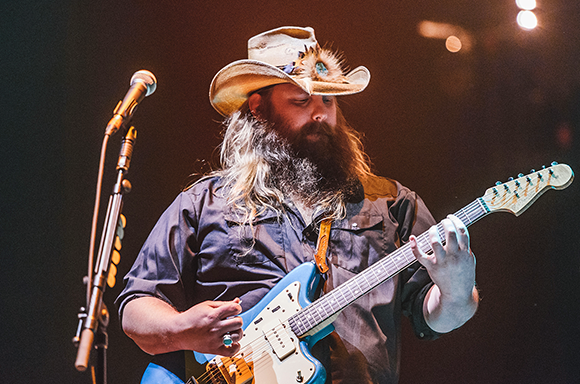 The American singer, songwriter, Chris Stapleton is well known on the music scene as one of the habitants in Country central – Nashville. After growing up in Kentucky, he made the move to Tennessee and changed his contribution to the local artists. It was here that he was part of two bands within the Southern Rock, Bluegrass and Country genre's and later switched to become the solo star that we all know of and love today.

The first of his acts was The SteelDrivers from 2008 – 2010, this really hit the ball rolling for his career and paved way for his first studio album, Traveller, released in 2015. The record smashed the charts and took to the number one position. It was also certified not once but double platinum and put him on the map. In 2017 came his second release which did even better than the first, with 'From A Room' he managed to win at Country Music Association Award for Album of the Year and Grammy Award for Best Country Album. This triumph has pushed him right into the limelight and it's no surprise that a year later he is still touring to promote the sensational album!

Join him on the ride as he has added dates and is more than ready to showcase what he does best to his adoring fans this coming Fall!