Hey Amigos! Banda and ranchera legends Banda MS are back on tour with an incredible new show, and they will be live at Hollywood Casino Amphitheatre on Saturday, August 14th 2021. Come on down to Chicago for this Award-winning Best Latin Band coming to town! Banda Sinaloense MS de Sergio Lizárraga are playing all their hits and all your favorites, don’t miss your chance to catch this fifteen-man band live, grab your tickets right now because these guys don’t come through here all that often and tickets are going to sell out fast! 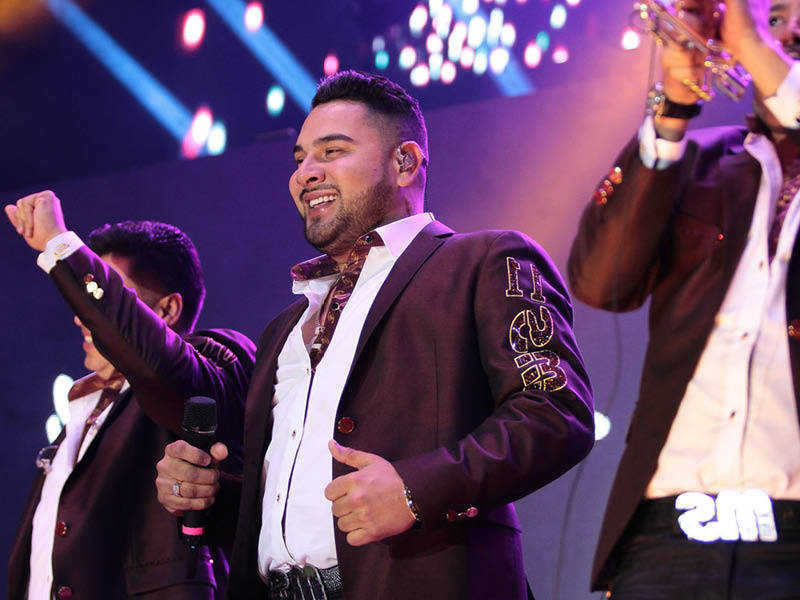 Banda MS or Banda Sinaloense MS de Sergio Lizárraga, the MS stands for Mazatlán, Sinaloa. Founded in 2003 they are a Mexican Banda from Mazatlán, Sinaloa, created by brothers Sergio and Alberto Lizárraga, who are also members of the group. The rest of the band are; Singers, Nicolás Tiznado, José Osuna, Oswaldo Silvas (Walo), Alan and Armando Ramirez, Clarinet players, Jairo Osuna and Pavel Ocampo, trumpet players, Elías Nordahl Piña, José Francisco Iturralde and Ricardo Nordahl Piña, Trombone players, Francisco Hernández, José Viera and José Rojas, Tuba player, Roberto Frausto, drummer Christian Osuna and on the Tarolas, Luis Fernando Osuna. In the two decades they have been playing they have won 12 Billboard Latin Music Awards, and six Latin American Awards among many other awards for best Latin group, band, songs, albums and regional. They have 15 albums out and their album Qué Bendición reached number one on the Billboard Latin albums chart here in the United States.