Are you ready for a feel-good summer? Then get ready for some great news – alternative rock group 311 are teaming up with The Dirty Heads for an epic North American summer tour, with special support acts still to be announced!! They’re headed to the Hollywood Casino Ampitheatre on Saturday 6th July 2019 – be there! Tickets are on sale now – hit the “Buy Tickets,” button to grab yours!! 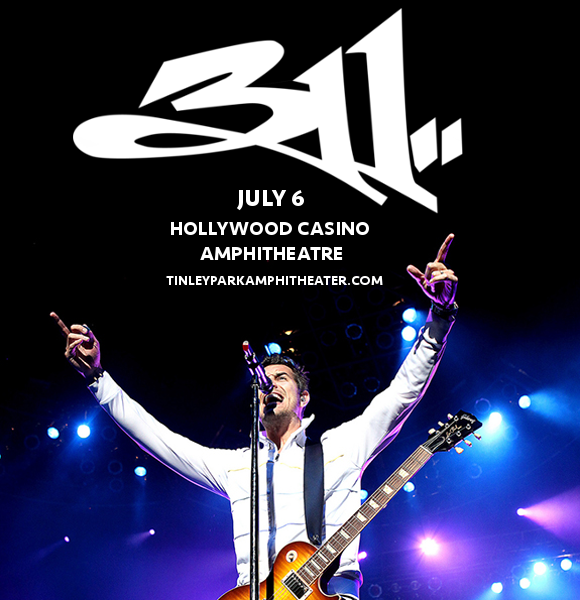 Formed in 1988, 311 have been going strong ever since and have risen to become one of the US’s most successful alternative rock bands, with sales of over 8.5 million records worldwide. The band are currently on tour with their most recent album, “Mosaic,” but the band have promised that some new material is in the works. “It felt like a bit of a turning point where we cracked open a new style and we feel a lot of momentum now,” said frontman Nick Hexum, when asked about the new record in an interview. “That’s why we’re in the studio getting more than half-way done with this new album. We’re going to put it out later this year because we just feel a sense of momentum, excitement and we don’t want to wait so long between albums. There’s lot of ideas floating around, so its nice.”

If we’re lucky, we can expect to hear some of the brand-new material from 311 LIVE in addition to all the hits you know and love! What are you waiting for?? Grab your tickets NOW and get ready for a show that will make your summer!