Incubus are back on the road again this summer, bringing some long-awaited new music to the stage and teaming up with fellow alt-rockers 311 for a sweet co-headliner! Harking back to summers of the late-'90s, both groups made their name with music that defied being boxed in – touching upon the nu-metal trends of the time, but remaining dedicated to uplifting lyrics and good vibes! The two groups, who haven't toured together in nearly 20 years, will be coming to Hollywood Casino Amphitheatre on Friday 28th August 2020, and they'll be bringing relative newcomers Badflower with them in support! 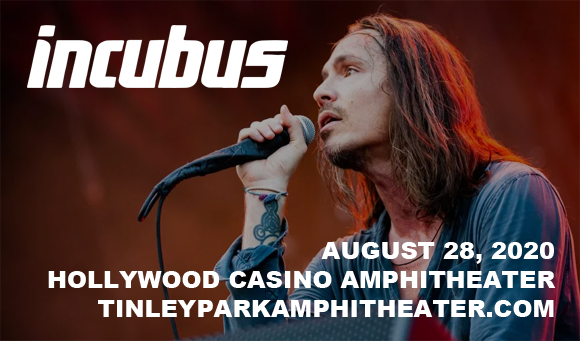 Brandon Boyd, Mike Einziger, and José Pasillas, began the alternative rock band Incubus in 1991, while attending Calabasas High School. When the group first began, it took heavy influence from funk-metal outfits like Red Hot Chili Peppers and Primus, although the band put its own spin on things by also incorporating flavors of thrash, hip hop, and grunge rock. These sounds can all be heard clearly on Incubus' self-produced debut album Fungus Amongus, which was released in 1995, attracting the attention of Epic Records, who signed the band to its subsidiary Immortal. Their major-label debut, S.C.I.E.N.C.E. (1997), had a similar sound, but their breakthrough came in 1999 with Make Yourself, helped by the release of their mellower single, "Drive", which peaked at number nine on the Billboard Hot 100 and became the band's signature song. They also had hits with the singles "Pardon Me" and "Stellar," and found heavy rotation on both radio stations and music TV. Their 2001 album Morning View, was softer still, and reached number two on the Billboard 200, as did their subsequent album, A Crow Left of the Murder… (2004). 2006's Light Grenades was their first album to top the chart. This year, the band releases Trust Fall (Side B) – a new EP and follow-up from 2015's Trust Fall (Side A).