Hollywood Casino Ampitheatre is proud to present the very best in entertainment, and this event is no exception! Make sure you see the sensational A.R. Rahman on Friday 14th September 2018 – you can expect professional musicianship that is off the scale – this is A.R. Rahman after all! Tickets are on sale now and you can get yours today! Click the Buy Tickets button above to select your seats. 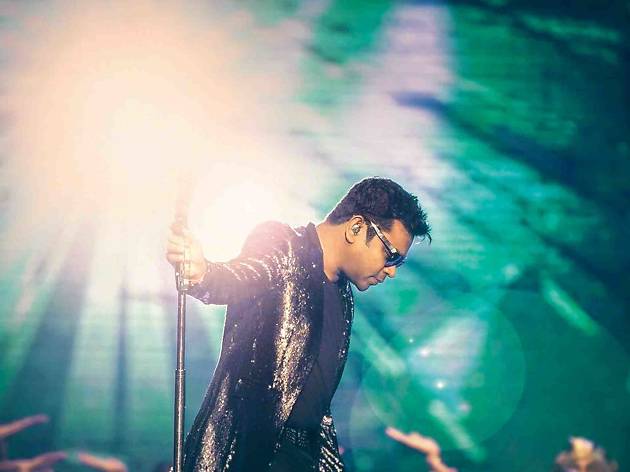 It's hard to put A. R. Rahman into a category or a description as his incredible career has spanned over so many professions and across so many years, as a talented songwriter he has worked for several film scores, orchestral arrangements and collaborations with some of the biggest superstar musicians in the world! The Indian composer, found a unique way to integrate his background into all that he does, with Indian classical music infused into electronic music, world music and even pop music.

This guy is an artist of all forms and the talented A. R. Rahman has been recognised for his work, all around the world. With receiving awards such as six National Film Awards, two Academy Awards, two Grammy Awards, a BAFTA Award, a Golden Globe, fifteen Filmfare Awards and seventeen Filmfare Awards South – just to name a few! These awards alone showcase just how incredible he is, in 2009 Rahman was entered into the Time 100 list of the world's most influential people – and rightly so. As well as his positive affect he has had on the music scene, he is also one of the top names in the Indian film industries and international cinema!

Just one of his many projects included his work in Superheavy, the super group that combined talent from fellow musicians and vocalists; Mick Jagger, Joss Stone, Dave Stewart and Damian Marley. Together they crafted 29 songs in 10 days, an amazing triumph that showed off all of their individual skills and proved that they are some of the most hardworking artists on the scene!

Come and see the unmissable A. R. Rahman LIVE in concert as he takes to the stage at Hollywood Casino Amphitheatre this coming Fall! No excuses, this is going to be out of this world and here's your chance to be there!!